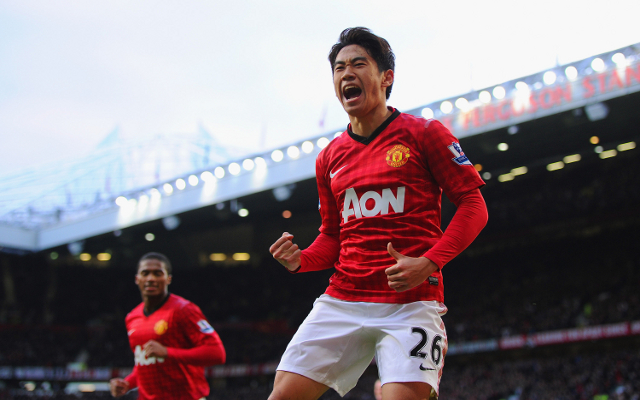 Speaking to Sky Sports, the 24-year-old admitted he sometimes struggled to adapt to his new surroundings after leaving Bundesliga side Borussia Dortmund for United.

Kagawa also struggled with injuries at several points, and generally looked off the pace and not like the player who had shone so much under Jurgen Klopp in his time in Germany.

The highlight of his season came with a hat-trick in a 4-0 win against Norwich City, but he is disappointed to have only shown fleeting moments of brilliance, instead of consistently being a key performer for Sir Alex Ferguson’s team.

“It was a tough time for me, with a lot going on in my head,” he said.

“I am not happy with my performance for the team at all. I didn’t score that much and I also had my (knee) injury.

“Despite that, it was great we won the league, but I just don’t feel that I achieved everything that I wanted.

“For me personally, it wasn’t a good season.”

The Japan international is currently playing for his country at this summer’s Confederations Cup tournament in Brazil, and scored a fine goal against Italy in their Group B clash. He will hope that his displays have impressed the club’s new manager David Moyes, who is likely to make a number of big signings this summer as he looks to put his own stamp on the squad he has inherited from Ferguson.