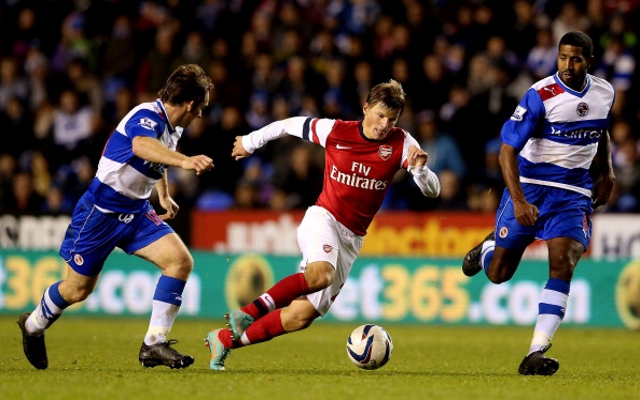 The 32-year-old joined the Gunners in 2009 after an impressive first spell with Zenit, whom he helped win the UEFA Cup in 2008 before starring for the Russian national team in the European Championships later that summer.

However, his career has spiralled downwards since then, finding himself increasingly on the fringes of the Arsenal first-team and returning on loan to Zenit for the second half of the 2011/12 season.

He is still much admired in his native Russia, and that seems to be his most likely destination this summer after being released on a free by Arsenal, with Zenit’s owners, the gas giant Gazprom, hinting strongly at this acquisition.

“Arshavin is a great Russian footballer and a great Petersburg sportsman.”

Zenit have managed to attract some big names to the club in recent times, but may lose star player Hulk this summer, as the Brazil international is attracting strong interest from Chelsea and Monaco.