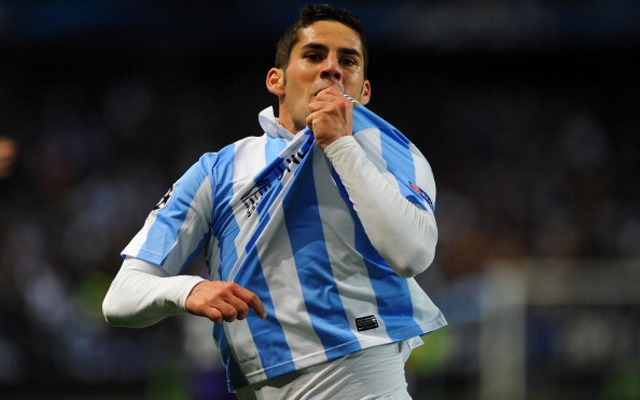 Manchester City boss Manuel Pellegrini has got off to a disappointing start to his career at the Etihad Stadium with the news that Isco is looking likely to sign for Real Madrid according to The Guardian.

The highly-rated youngster knows Pellegrini well from their time together at Malaga where the pair helped guide the La Liga side into the quarter final stages of last season’s Champions League.

Isco was widely expected to sign for City in the coming days after admitting the fact his former mentor was now in charge at the Etihad was playing a large role in his decision making process.

The Spanish under-21 star also admitted his fears that he would be unlikely to get regular first team football in the Spanish capital.

But it appears that Real’s special advisor, Zinedine Zidane, has been working behind the scenes to reassure Isco he would be an integral part of the Real side and has convinced Isco to snub Manchester City in favour of a move to the Bernabeu.

While nothing has been confirmed, speculation has been swirling that Isco’s mind has been made up after he claimed the prospect of signing for Real was one that ‘excites’ him.