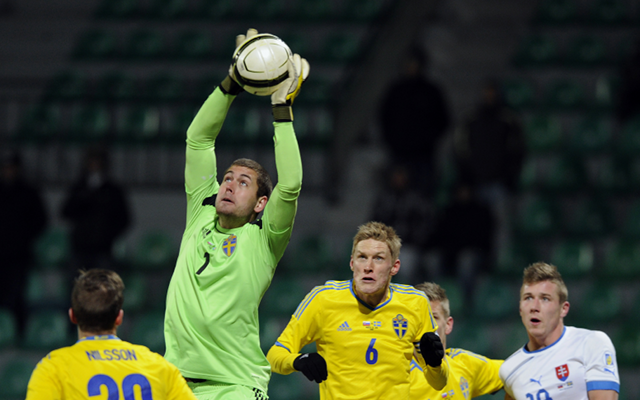 Sunderland are reportedly eyeing a move for Heerenveen goalkeeper Kristoffer Nordfeldt as a replacement for Simon Mignolet as he nears a move to Liverpool, according to talkSPORT.

Black Cats boss Paolo Di Canio has seemingly resigned himself to losing the Belgian ‘keeper and has already began to draft a list of replacements with the 24-year-old thought to be at the top of the list.

However, Heerenveen coach Marco van Basten is hoping to keep Nordfeldt, and the club have offered him a fresh deal, but the goalkeeper is waiting to see if Sunderland follow up on their interest before deciding to commit his future to the Eredivise side.

And his preference would be to test himself in the Premier League rather than extending his stay in Holland.

Nordfeldt joined Heerenveen last summer from Swedish side Brommapojkarna after rejecting the chance to join Liverpool, citing playing time as a major factor in his decision not to link up with Brendan Rodgers’ side.

The 6″3′ stopper has recently broken into the Swedish national side too, earning two caps since working his way up from the under-21 side. He made 37 appearances for the Dutch side last season, helping them to an eighth place finish.