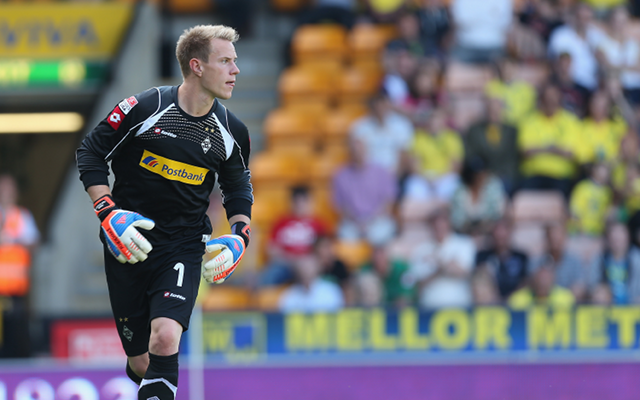 Borussia Monchengladbach’s director of football Max Eberl has told reporters that there has been no contact from La Liga champions Barcelona over the services of young goalkeeper Marc-Andre Ter Stegen, Sky Sports reports.

The highly rated 21-year-old is considered as one of the brightest goalkeeping prospects in Europe, and though a number of top Bundesliga clubs have been casting admiring glances Barcelona have felt that they are capable of prizing him away.

The Catalan giants have been in the market for a long term replacement for Victor Valdes, who has confirmed that he will be leaving the club next summer, but Borussia’s director of football, Max Eberl, has denied that nobody has been in tough regarding a sale.

“He’s here. Any further comment about it would be too much,” he said.

“If the Spaniards like to invent these stories, it’s another thing.

“Neither the player nor Borussia Monchengladbach know anything about any interest, a deal or an agreement. We’re building something up here, and I think he likes being a part of it.”

On reports that Ter Stegen has a release clause in his contract, Eberl added: “His agent said this six times before to newspapers (that there is no clause).

“Now I say it for the seventh time – and I don’t want to be asked about it again.”