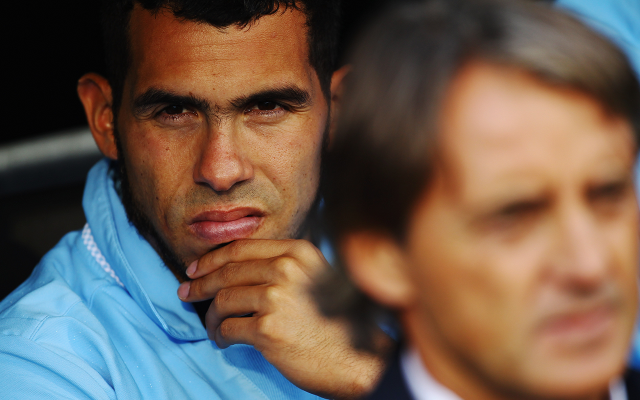 City Striker could be set for Serie A.

Representatives of the two clubs met in London this week to hammer out the deal and Tevez will now fly into Italy on Wednesday to undergo a medical and to discuss personal terms with the Serie A champions, who have apparently offered him a three-year contract.

Juve are set to pay a flat fee of around £10m for the 29-year-old Argentinian international with some additional bonus payments also to be agreed.

New City boss Manuel Pellegrini will now undergo a search for a replacement as they now have only Sergio Aguero and Edin Dezeko as first choice strikers, though it is understood that Napoli hitman Edinson Cavani is not one of the names on the Chilean’s list as he looks set to lose out to Real Madrid.

Tevez joined City from their cross city rivals Manchester United for £47m on a five-year contract in July 2009.

He has gone on to make 148 appearances for the club, scoring 74 goals, although he was also fined and suspended by City following the infamous Champions League match at Bayern Munich in 2011 when he refused to come on as a substitute.