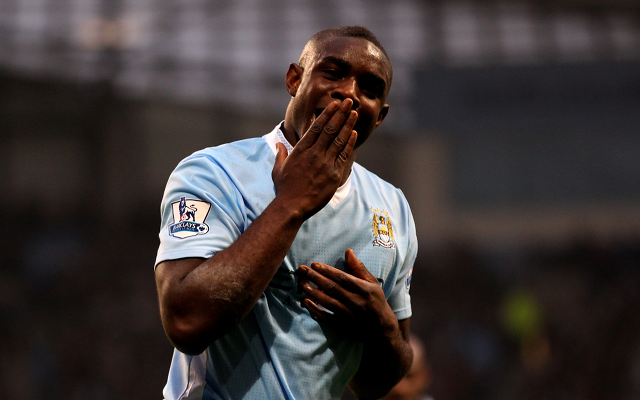 Anfield side keen on Etihad Stadium and Stadium of Light talents.

CaughtOffside understands that Liverpool are hoping to strengthen his defence further following the acquisition of Kolo Toure on a free transfer, mindful that as well as losing the services of retired defender Jamie Carragher they are set to offload Martin Skrtel who was frozen out of first team action in the second half of last term.

With that in mind Rodgers will register a bid for England international Richards, who has turned down a recent Man City contract offer having become something of a bit-part player at the Etihad Stadium club.

Liverpool are willing to offer up to £8m for the 25 year old, who can effectively fill spots at right-back and in the centre of defence. Richards has racked up 232 appearances for Man City but has arguably failed to live up his early promise and has watched on as Pablo Zabaleta makes the right-back berth all his own.

The emergence of Matija Nastasic as a first team regular will also limit Richards’s chances of making an impact at centre-back under new boss Manuel Pellegrini who may well be willing to cash in on the Birmingham born defender. Rodgers is also ready to step up his ongoing interest in Sunderland attacker Sessegnon, who has reportedly handed a transfer request to leave the Stadium of Light.

The 29 year old has proved fairly successful during his three seasons in the North-East, scoring 18 goals and providing 15 assists in 95 appearances but the Benin international is looking to secure a high-profile move and could well be tempted by the chance to join Liverpool.

Though Rodgers has brought in a number of striking reinforcements this summer, signing La Liga forward Iago Aspas and Sevilla youngster Luis Alberto, the Northern Irishman is still after a goal-scoring attacking midfielder and with the club’s pursuit of Henrikh Mkhitaryan seemingly hitting the buffers, with Shakhtar Donestk apparently not ready to sanction the sale of the Armenian, the Liverpool boss is ready to offer £8m for the Sunderland star.