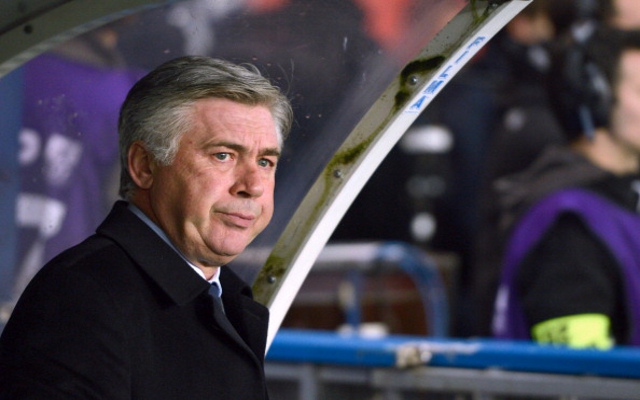 The Italian coach was unveiled as Real Madrid’s new coach on Tuesday.

The Italian was unveiled as Madrid’s new manager on Tuesday, following weeks of speculation.

It has been known for sometime that Ancelotti would be coming to the Bernabeu to replace Jose Mourinho but PSG, Ancelotti’s former club, took their time choosing a replacement for the Italian and finally settled on former France manager Laurent Blanc.

The Italian signed a three year deal with Los Blancos and Morientes believes that Ancelotti’s experience will be good for the club.

“The president said that his trainer is Ancelotti. If he said that, that means that he’s also everyone in the club’s coach,” Morientes told AS.

“I don’t know him personally but they’ve spoken to me about him”.

“He’s a coach with a lot experience as a player and a coach, and is the type of coach that players like. I believe he’s the ideal coach for Madrid.”

Ancelotti has had a highly successful managerial career, winning the French league title last season with PSG and also winning the league and cup double in England during his time with Chelsea.

However, it is his expertise in Europe that have interested Real Madrid the most with the Italian having won the Champions League twice with AC Milan.

Madrid are desperate to win a competition they once considered their own and the pressure will be on Ancelotti to deliver the Champions League, with Madrid having not won it since 2002.