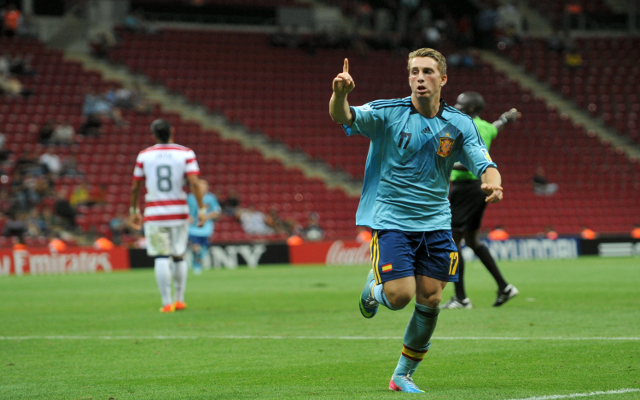 Exciting Barcelona youngster could be Premier League-bound this summer.

Arsenal, Tottenham and Liverpool could all pursue a move for exciting Barcelona youngster Gerard Deulofeu on loan this summer, according to talkSPORT.

The young Spaniard is tipped to be the next big thing at the Nou Camp, but will understandably find first-team opportunities hard to come by in the near future with world class stars such as Lionel Messi and Neymar ahead of him in the starting lineup.

Tito Vilanova also has the likes of Pedro Rodriguez, David Villa and Cristian Tello to call upon, and is struggling as it is to keep his squad players happy, with Villa and Tello both being linked with moves away this summer.

The Catalan giants are also currently facing a fight to keep young midfielder Thiago Alcantara, who is reportedly close to a move to Manchester United, but they will be happy for Deulofeu to make a temporary switch away from the club to gain first-team experience.

All three of these Premier League clubs have been targeting new strikers all summer, with the Gunners reportedly closing in on the signing of Real Madrid’s Gonzalo Higuain, and could do well to land one of the game’s brightest prospects for a season.