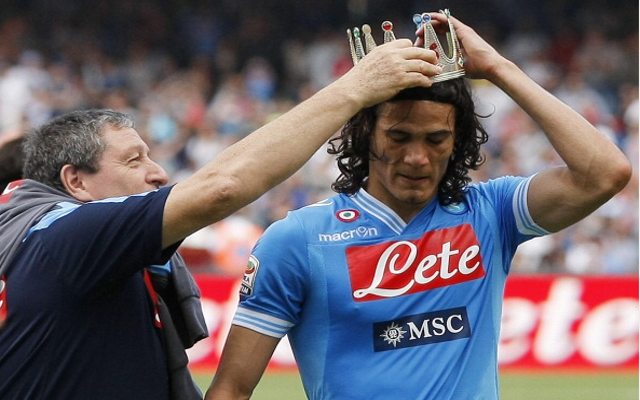 The Spaniard has recently moved to the Serie A club after a spell in charge as interim manager of Chelsea, who are one of the clubs vying for Cavani’s signature this summer, along with Manchester City and Real Madrid.

Manchester United are the latest club to join the chase for the Uruguayan, but Benitez is confident in the club’s ability to keep hold of their star player, as they do not need the money to sell him for anything less than his £53.5million minimum release fee clause.

The former Liverpool boss has been linked with a host of big-name signings this summer in anticipation of Cavani’s sale, but Benitez insists he is not thinking about that at the moment, and just about building his team around this prolific striker.

“Neither me nor the president want him to leave as he is a very important player for us,” he said.

“There is obviously a clause that we cannot control, but we want him to stay and continue scoring a lot of goals for Napoli.

“If he is to leave the club it will be because of this clause in his contract, Napoli don’t need the money.”

City are one of the clubs who are said to have pulled out of a deal for the 26-year-old, due to his sizable asking price, and Real Madrid are perhaps the current favourites to land him this summer, though a deal will not be finalised until the end of the Confederations Cup, where Cavani is currently representing Uruguay.