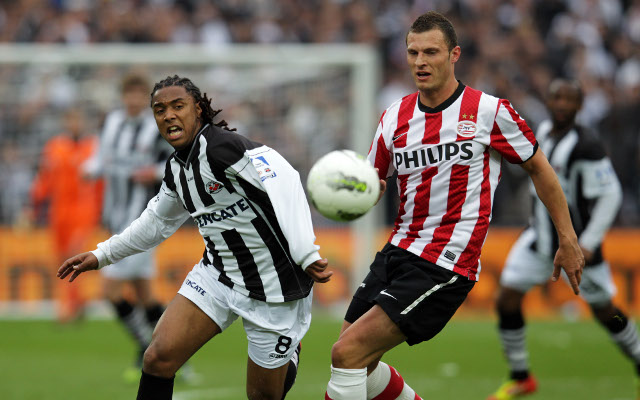 The club have yet to make any new signings since installing Mark Hughes as their new manager, but Coats insisted that they are working hard on a number of targets with the 24-year-old reportedly near the top of the list.

“We are certainly looking for a left-back because we’ve only got Marc Wilson at the moment, and he was brought in as a midfield player,” Coates told The Sentinel.

“We haven’t made any decision (on Pieters) because we are looking at options, but he’s certainly a possibility.”

Pieters was limited to just six appearances last season thanks to a broken metatarsal, but he has 140 appearances for the Eindhoven side since joining from Eredivise rivals Utrecht in 2009.

He had apparently been close to joining Newcastle United just before he sustained the foot injury, which put pay to the deal, and the fiery character was sent off on his return to action for PSV in January and then smashed a window in the players’ tunnel in frustration.

He has also become a regular fixture in the Dutch national side too, earning 17 caps.