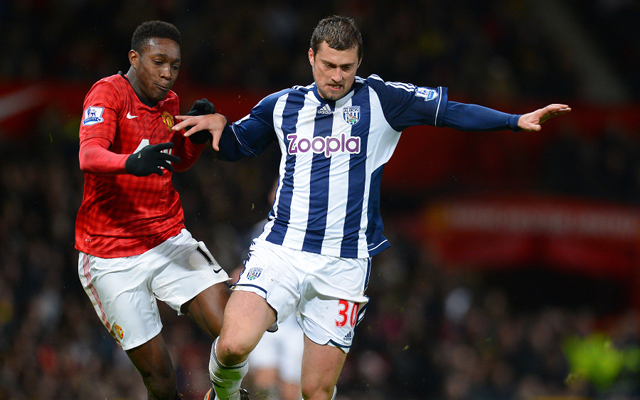 Romanian defender hoping to stay at the Hawthorns.

West Bromwich Albion centre back Gabriel Tamas is hoping to stay with the club this summer despite being linked with a move away, according to Sky Sports.

The 29-year-old is entering the final year of his current deal in the West Midlands and had been linked with a move away this summer, though his wage demands were too high for Leeds United who had shown a serious interest in landing his signature.

However, Tamas’ agent John Kirtland believes the defender is hoping to remain with the Baggies.

“Gabi is ready to come back to West Brom for pre-season and fight for a place in the team,” he told the Birmingham Mail.

The former Galatasaray defender was recently in the centre of of a controversy in his native country after security cameras caught him breaking into a Bucharest flat, but Kirtland has insisted that the incident is now behind him.

“The matter (in Romania) has been dealt with as far as we’re concerned. If West Brom want to have any further conversations with him, then they will – they’ve not mentioned that they wish to see him urgently,” he said.

“From Gabi’s point of view, he returns to pre-season on July 7 and appreciates it’s a big year for him.

“He’s settled at West Brom and is determined to impress the coaching staff.

“We will look and see where he is during the season. Players come and go between now and the end of the transfer window.

“If Gabi is still at West Brom but he’s not playing, then we will re-assess his options around Christmas time.”