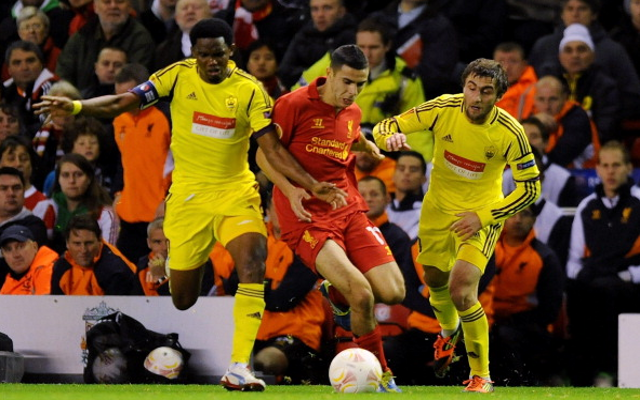 The 24 year old moved from Eredivisie side Heerenveen to Liverpool last summer but has barely hada look-in, making just four sub appearances in the Premier League, and the talented wide-man may jump at the chance of a move back to Holland to help re-ignite his career.

Rodgers forked out £2.4m to bring Assaidi and though the pint sized attacker has occasionally impressed there seems little chance the Moroccan international will force his way into a more prominent role in the Liverpool first team set-up so a move back to the Dutch top tier might make a great deal of sense.

PSV are said to be keen on landing Assaidi on a season long loan deal but could perhaps be bought outright this summer.

Prior to his move to Merseyside Assaidi spent three successful season at Heerenveen, netting 22 goals in 93 appearances.