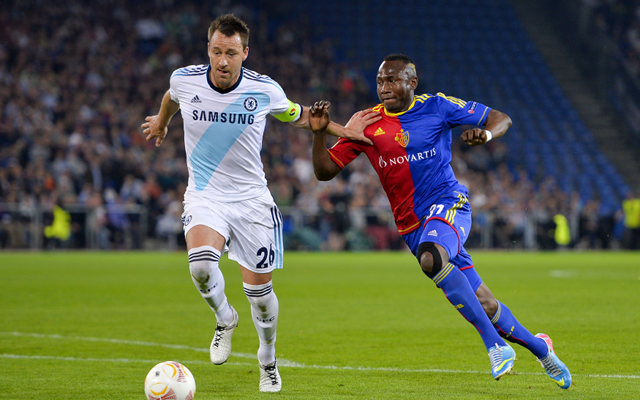 FC Basle striker Jacques Zoua has snubbed the reported interest from West Bromwich Albion for a move to Bundesliga side Hamburg, according to Sky Sports.

The 21-year-old Cameroonian was wanted by the Baggies as a replacement for Romelu Lukakau who returned to Chelsea following a successful season in the West Midlands.

However, Zoua only ever had one destination in mind and spoke of his delight at joining the German giants.

“Hamburg have shown more interest in me than any other team in the world so that is why I am here signing a contract,” he told skysports.com.

“There was an English team interested but it cooled at the last minute.

“I am happy to be at Hamburg and hope to make the fans happy by scoring goals for them in the Bundesliga which has become the top league in the world for me.”

The powerful striker first broke into the Basle first team back in 2009 and went on to score 14 goals in 85 appearances for the Swiss side, collecting three Swiss Super League titles and two Swiss Cup victories during his four years spell with the club.

An established Cameroon youth international, he made he first step up into the mens first team last year.