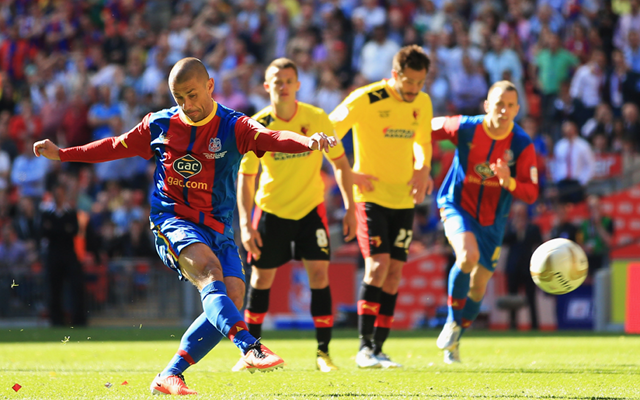 Blackpool striker Kevin Philips is hoping that a permanent move to Crystal Palace can still go ahead after he admitted that talks had stalled over a deal to take him to Selhurst Park, the Daily Mail reports.

The 40-year-old was the club’s play off hero as it was his penalty the secured the south London club’s return to the top flight last month and had been expected to sign a one year deal with Ian Holloway’s men.

However, talks over a deal have stalled, and though Philips would favour joining up with the Eagles, he revealed that he does have another tempting offer on the table.

‘My agent has been speaking to Palace and the chairman – there have been a few figures banded around but we’re a bit apart on them,’ said the former England international.

“I do have offers elsewhere, and if I’m being honest, there is one real offer which I’m very, very tempted by.

“There are a couple of other offers that may materialise over the next week or so too.

“But there is certainly an offer there for me that is very tempting though. It’s at a good level that certainly interests me.”