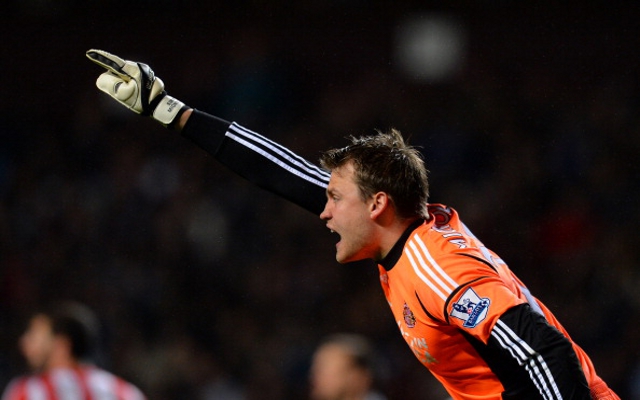 Liverpool skipper believes Reina and Mignolet will push each other on.

Liverpool skipper Steven Gerrard has hit back at those suggesting the arrival of Simon Mignolet could be bad for the club according to Goal.com.

The Anfield club recently confirmed the signing of Simon Mignolet from Sunderland for a fee thought to be in the region of around £9 million.

The move raised eyebrows in some quarters with some questioning the wisdom of spending so much money on a position where the club already have Spanish goalkeeper Pepe Reina.

It has been suggested that either Reina or Mignolet is destined to become unhappy with being understudy to the other but Gerrard has claimed that competition will spur the pair on to be at their best.

Some are suggesting that the problem will be avoided by the imminent departure of Pepe Reina to Barcelona.

The stopper has been linked with the Catalan giants for a number of months, since their current goalkeeper, Victor Valdes, announced his intention to leave the club.

Valdes is reportedly keen to search out a new challenge and is looking to leave sooner rather than later.

Barcelona reportedly persuaded Valdes to see out the remaining year on his contract but interest from Monaco has reaffirmed Valdes’ desire to leave.

It is thought that Reina is close to the top of Barcelona’s list of potential replacements should Valdes leave the club this summer.