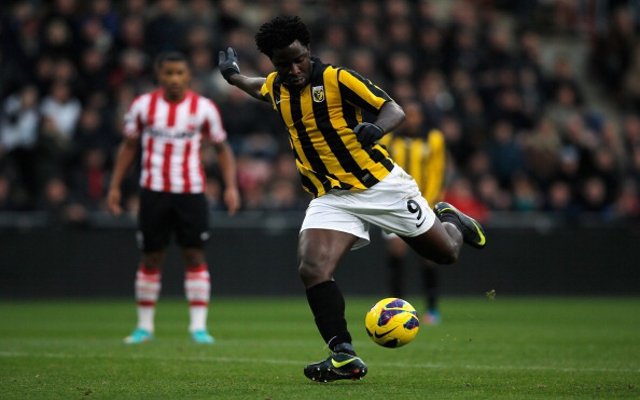 Swans fans believed they were close to securing a deal for the Ivorian striker after it was reported that the two clubs had agreed a fee.

It was being suggested that Bony was set to join Swansea for a deal thought to be worth somewhere in the region of £10 million.

Those reports were subsequently denied by the Dutch club by Swansea remain confident of bringing Bony to the Liberty Stadium.

The media coverage has not done Swansea any favours though with reports suggesting that Chelsea are now considering a late bid for the player.

Swansea are hoping to wrap up a deal sooner rather than later as they know they are unlikely to be able to compete with the allure of joining Jose Mourinho’s men at Stamford Bridge.

Bony was in scintillating form for Vitesse last season and hit the back of the net on 31 separate occasions.

West Ham were thought to be favourites to sign the player as recently as a few weeks ago but it appears the East London club have pulled out of the race for Bony since they signed Andy Carroll from Liverpool.