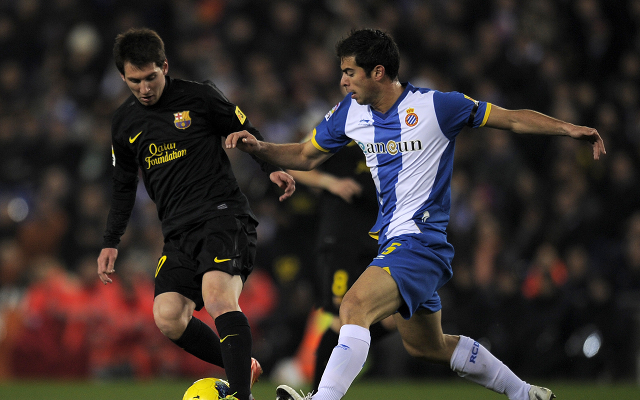 Laudrup lands another Spaniard on the cheap.

Swansea City have agreed a deal to sign Espanyol centre back Jordi Amat for a fee of £2.5 million subject to a medial, Sky Sports reports.

The 21-year-old arrived at the Liberty Stadium on Thursday to put the finishing touches on a four-year deal and is likely to complete the move to South Wales before the weekend.

He is a player who has been on Swans manager Michael Laudrup’s wish list for several years now, having been with Espanyol since the age of seven and made his first-team debut at the age of 17.

He made 26 appearances during his first full season as Espanyol finished eighth in the La Liga table, but made a loan switch last term to Rayo Vallecano, for whom he made 27 appearances.

Amat has played for Spain at every youth level from Under-16s to Under-21s and was part of the squad that secured a third placed finish at the U17 World Cup in 2009.

He is the second summer arrival at Swansea from Spain, following the signing of midfielder Jose Canas from Real Betis.

And another Spaniard in the shape of Real Betis midfielder Alejandro Pozuelo is expected to follow over the weekend.