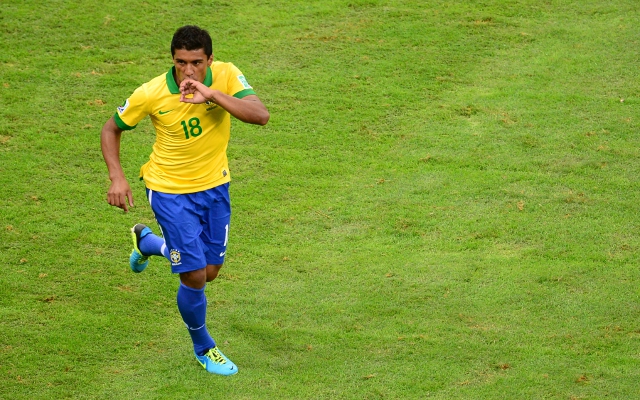 The midfielder helped Brazil into the final of the Confederations Cup by scoring the winner in the semi-final against Uruguay.

Tottenham appear close to signing Brazilian midfielder Paulinho after his club Corinthians confirmed that his departure from Brazil was imminent, the Daily Express reports.

Spurs are thought to have triggered the midfielders £17 million buy-out clause and will beat Carlo Ancelotti’s Real Madrid to the signing of the 24 year old.

“With the imminent departure of Paulinho we trust in football other players that are being prepared for some time, as William and Edenilson, or even the newly hired Ibson,” said Corinthians club president Mario Gobhi Filho.

Paulinho has become one of Spurs top summer transfer targets and the club were determined to bring the midfielder to White Hart Lane.

Reports suggested that both Real Madrid and Chelsea were set to make last minute approaches for the box to box midfielder but it now looks like they will be too late and Paulinho will be moving to Spurs.

Now Spurs will concentrate on signing a striker, with manager Andre Villas-Boas thought to want to step up the clubs interest in Barcelona striker David Villa.

The club have also been linked with Aston Villa striker Christan Benteke while Spurs look set to sell Emanuel Adebayor and Jermaine Defoe after disappointing seasons for the pair.