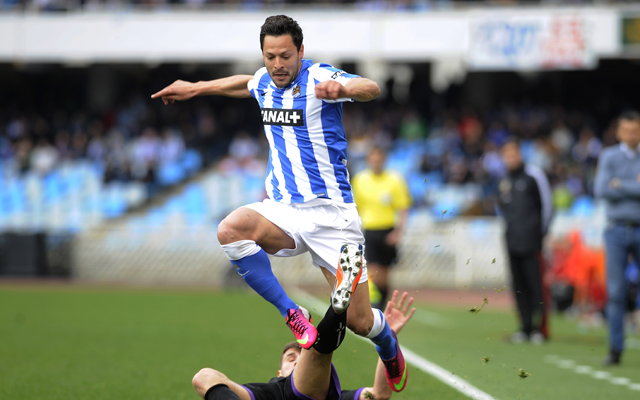 Tottenham Hotspur are hoping to step up their pursuit of Real Sociedad full back Alberto de la Bella by lodging an official bid, according to the Mirror.

The 27-year-old was a key figure in Sociedad’s impressive and unexpected fourth placed finish and has identified de la Bella as the ideal man to add some much needed competition to the club’s full back slot and had placed a £3 million bid on the table which was promptly rejected by the Spanish side.

However, that has not deterred Andre Villas Boas in his hopes of landing the player and he is expected to return imminently with an improved offer.

De la Bella made 36 appearances last season, making him just two games short of being an ever present – and bagging three goals in the process.

Spurs had also been watching is teammate Antoine Griezmann, but his high fee has turned the manager’s attentions to de la Bella after his solid performances earned him a place in the spotlight.

He does, though, have a £25 million release clause installed in his contract and with Sociedad securing Champions League football they are under no pressure to sell and can hold out to see if Spurs cough up a bigger amount.