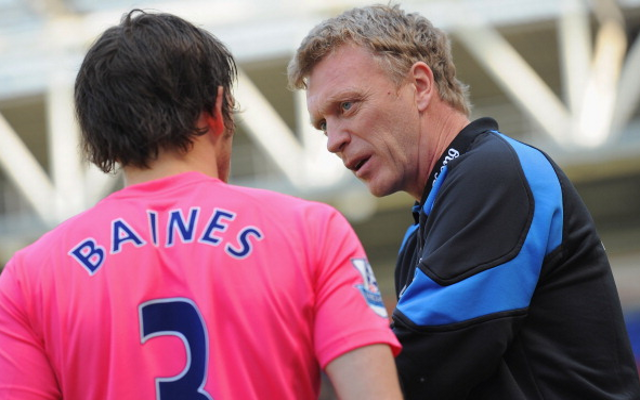 Having seen an initial bid for Everton full-back Leighton Baines turned down Man United are set to return with a increased £20m offer for the 28 year old defender according to the Daily Mail.

David Moyes is keen to successfully raid his former club but knows that Toffees chairman Bill Kenwright will only allow Baines to leave for Man United if a big enough bid is registered and £20m may well be enough to persuade the Merseyside club to cash-in on the former Wigan Athletic man.

Patrice Evra had a fairly average season last term and has been strongly linked with a move to Monaco, which would certainly make a move for Baines a more realistic prospect.

Roberto Martinez doesn’t want to lose Baines, arguably Everton’s most consistent performer, and the Toffees are ready to offer the England man a new £70k a week deal in the hope that such an offer could persuade the full-back to remain at the club.

However Baines may well feel that a move to Man United isn’t just about increasing his wage expectations but more about competing at the highest level, the chance to prove himself at Champions League level whilst also furthering his claim to England’s starting left-back spot, with Ashley Cole still being Roy Hodgson’s number one choice for the full-back berth.