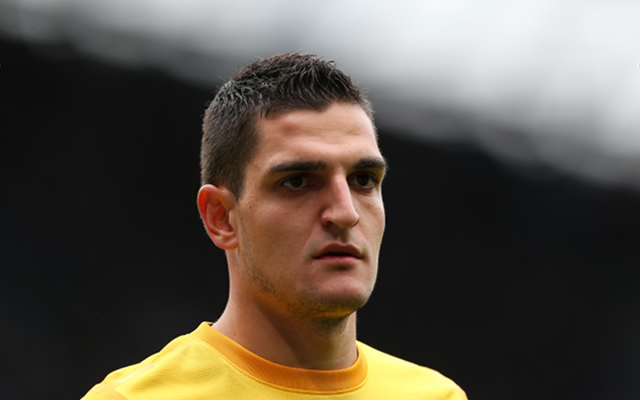 Sunderland are lining up a move for Arsenal goalkeeper Vito Mannone as a replacement for Simon Mignolet, Sky Sports reports.

The Black Cats are in need of a new number one in between the sticks after Mignolet finally left for Liverpool this week and Paolo Di Canio has promised to reinvest the money they received for the Belgian international back in to the squad.

They had been rumoured to be taking a closer look at Heerenveen’s Swedish international Krisstofer Nordfeldt but it now appears that they may plump for Arsenal’s Vito Mannone.

The 25-year-old struggled to establish himself in north London since arriving from Atalanta in 2005 and he has spent spells out on loan with Barnsley and Hull City, where he impressed enough to warrant a second spell at the KC Stadium.

Sunderland are now hoping to offer Mannone a permanent move away from the Emirates with talks at an advanced stage between both Premier League clubs.

Mannone is expected to hold talks in the northeast next week as Di Canio looks to bring him to the Stadium of Light.

The Italian managed just 15 appearances for Arsenal in his eight year spell with the club.