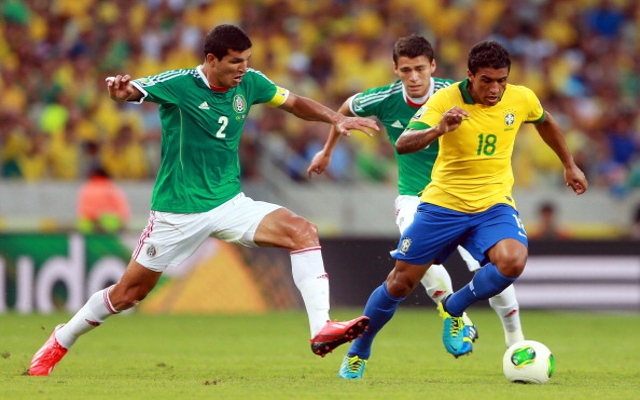 Spurs have promised the Brazilian midfielder Bale will be remaining at White Hart Lane.

Brazilian midfielder Paulinho has revealed that he is on the verge of signing for Tottenham according to The Daily Mail.

The Corinthians star has been putting in a number of highly impressive performances over the last few seasons and was an integral part of the side that beat Chelsea to lift the FIFA Club World Championship.

Tottenham have been closely linked with his signature in recent weeks but it was being reported that Carlo Ancelotti was ready to make a late move to bring him to Real Madrid.

But it now appears that Tottenham have managed to prevent the potential hijacking and are close to securing their man.

What may be of just as important news to Spurs fans is Paulinho’ revelation that Tottenham officials have assured him that Bale will be remaining at White Hart Lane next season.

Bale is being chased by a number of top European sides with Real Madrid and Manchester United both desperate to secure his services.

But Spurs chairman Daniel Levy is insisting that Bale is not for sale and has offered the Welsh star a new £170,000 a week deal in an attempt to persuade him to commit his future to White Hart Lane.