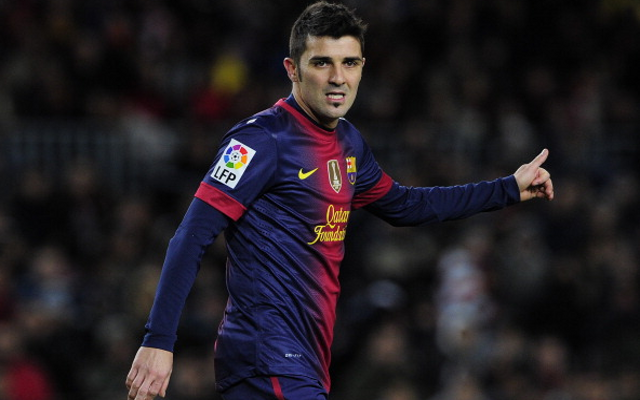 The striker is set to leave Barcelona this summer in search of first team football.

Tottenham are closing in on a move for Barcelona striker David Villa with the Spaniard confirming that he would like to move to White Hart Lane following talks between Spurs and the player, Goal.com reports.

The striker is seen as Tottenham’s number one target for this summer with boss Andre Villas-Boas keen to add an experienced, quality striker to his squad.

The Spanish international has reached a broad agreement on personal terms with Spurs and has stated his desire to play in the Premier League.

Villas-Boas has reportedly held informal talks with Villa over the phone and technical director Franco Baldini has spoken to the players agent.

Spurs officials spoke to Villa while they were in Brazil completing a deal for Corinthians midfielder Paulinho and believe that due to their discussions with Villa, they are in a strong position to head off any interest from a Premier League rival or Fiorentina.

Spurs hope to convince Barcelona to lower their £12 million asking price for Villa and are ready to bid around £8 million due to players age and history  of injuries.

Villa is set to decide where he will be playing next season once he returns from the Confederations Cup, where Spain will play Brazil in the final on Sunday.