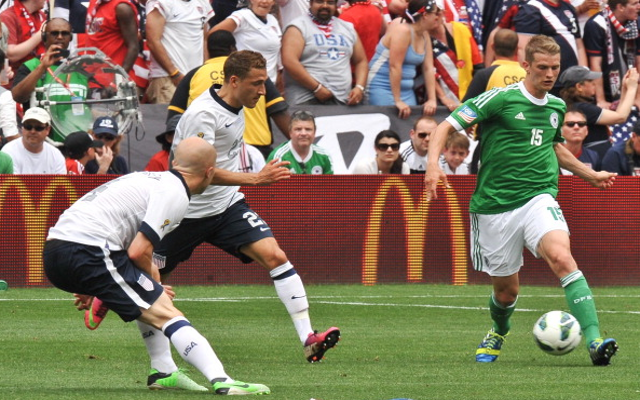 Emirates Stadium side keen on talented box to box performer.

Arsenal have reportedly made a €23m (£19m) bid for Bayer Leverkusen midfielder Lars Bender according to German source Express.de.

Arsene Wenger has seemingly been actively pursuing top international talents this summer armed with a hefty transfer budget but this source claims that the offer launched for German midfielder Bender has been turned down by the player’s Bundesliga employers.

The rangy box to box performer had a standout season last term, helping Sami Hyypia’s side to secure a Champions League berth and becoming a regular in Joachim Low’s national team set-up.

Wenger is keen to bring in some steel to his midfield and has been linked with a number of possible players to fill the void left by Alex Song’s departure to Barcelona, including Celtic youngster Victor Wanyama and Everton’s Marouane Fellaini.

Lars Bender, who’s twin brother Sven plies his trade with Borussia Dortmund, has been at the BayArena since August 2009 and has amassed 138 appearances for Bayer Leverkusen and has 14 national team caps to his name.