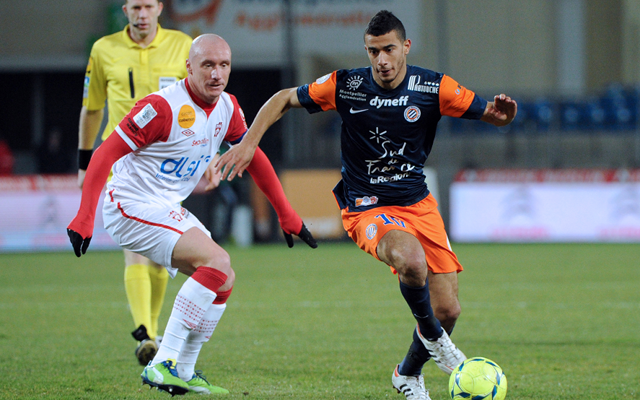 The Moroccan international has been handed the number 90 shirt at Kiev.

Younes Belhanda will not be playing for a Premier League club next season and will instead be off to the Ukraine to join Dynamo Kiev, Goal.com reports.

The midfielder was the subject of speculation for much of last season with many predicting that the 23 year old would make a move to the Premier League, with Manchester United, Arsenal and Tottenham all vying for his services.

Belhanda has instead chosen to join Ukrainian giants Dynamo Kiev, which will raise eyebrows amongst many pundits as he was tipped to join one of Europe’s major powers.

However, Belhanda has said that he would only leave Montpellier for a club playing in the Champions League and will now look to establish himself in Kiev.

The midfielder has been seen as one of the most gifted young players in Europe, having helped Montpellier to a historical Ligue 1 triumph in 2012, scoring 12 goals in 30 appearances.

Although Belhanda scored the same amount of goals in this campaign, Montpellier failed to regain their title, with Paris St Germain winning Ligue 1 instead and speculation mounted that Belhanda would leave for a new challenge.

Kiev are believed to have paid around £8.5 million for the talented midfielder.