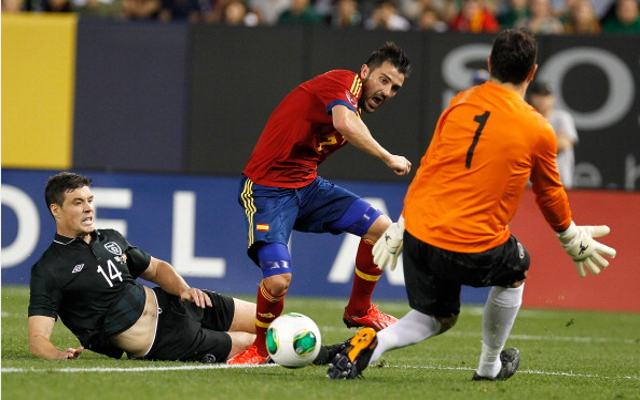 Tottenham appear to have won the race to sign Barcelona’s David Villa according to The Daily Mail.

The Spanish striker looks set to leave the Nou Camp this summer after finding himself increasingly marginalised over the last couple of seasons.

Villa suffered from a broken leg and has failed to fully recapture his form since returning to the side.

It seems that Spanish forward is ready to try his hand at another club after his first team chances were further diminished following the arrival of Brazilian wonderkid Neymar from Santos.

That could pave the way for a move to Tottenham with the North London club desperate to bring in attacking reinforcements.

Villas has been linked with a number of Premier League sides in recent months including the likes of Swansea and Arsenal, while there has reportedly been interest from Italy with Fiorentina.

Villa has reportedly been persuaded to join up with Andre Vilas-Boas, with the Portuguese boss set to implement a new 4-3-3 formation next season.

All that is left to be resolved is the transfer fee. Barcelona are looking for £12 million while Spurs consider that to be too high a figure for a player who is the wrong side of 30.