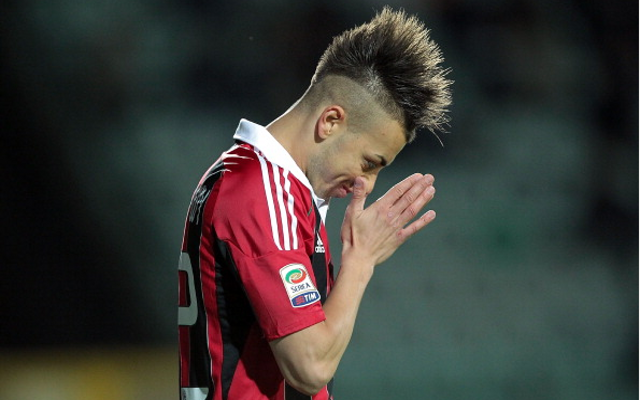 Chelsea are ready to step up their interest in AC Milan youngster Stephan El Shaarawy by offering the Serie A side £30m plus Fernando Torres for the Italian international according to SportMediaSet.

Jose Mourinho continues to pursue a host of attacking signings, with Napoli ace Edinson Cavani said to be high up on the Blues boss’s wish-list but the Portuguese manager appears to be very keen on 20 year old Rossoneri ace El Shaarawy.

The talented forward, who was used primarily in a wide attacking role in his first season at the San Siro, was successfully converted into an out and out striker and ably replaced PSG bound Zlatan Ibrahimovic last season by netting 19 goals in all competitions.

El Shaarawy scored at an alarming rate in the first half of 2012/13 but was then used in a more withdrawn role to accommodate January signing Mario Balotelli, with the young Italian international pair forming a potent partnership up front.

Mourinho has already brought in adaptable German Andre Schurrle and could well be ready to offload Fernando Torres this summer and may see the chance to offer the Spaniard to AC Milan as a good way of killing two birds with one stone.