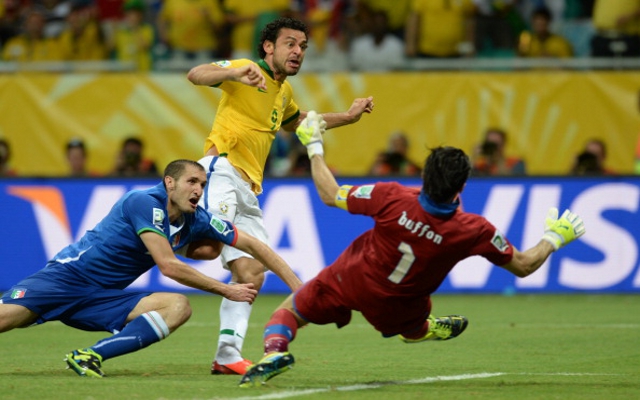 Brazilian club Fluminense have played down the links between their star striker Fred and Manchester City, according to Sky Sports.

Reports both at home and in Brazil have suggested that Manuel Pellegrini’s men are set to make a move for the prolific 29-year-old this summer after the sale of Carlos Tevez to Juventus last week left the club in desperate need of a new striker.

Fred bagged a goal in Sunday’s 3-0 victory over Spain in the Confederations Cup final, finishing the tournament with five goals.

International summer tournaments are always a way for players to put themselves in the shop window, but Fluminense’s director of football Rodrigo Caetano told ESPN Brazil: “Fred is under contract with Fluminense, he is very happy at the club and we are very satisfied with him.”

The player has been in sensational form ever since returning from French club Lyon in 2009, bagging 104 goals in 152 appearances for Fluninense.

Reacting on news of City’s interest, the striker didn’t confirm ir deny his interest, but he did admit that it would take a ‘great offer’ to appear in order to prize him away from his current club.

“I am doing great at Fluminense and I will only leave the club if there is a really great offer,” he said.