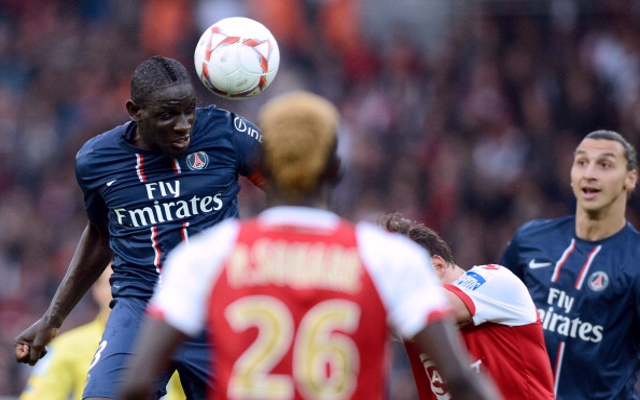 Anfield side keen on French international.

PSG defender Mamadou Sakho is reportedly aware that he is a Liverpool target and is ready to consider a move to Anfield having found his first team chances at the Parc des Princes limited according to the Daily Express.

Sakho has seen his central defensive chances at PSG hampered by the successful pairing of Brazilians Thiago Silva and Alex and has stated that he will talk with new boss Laurent Blanc ahead of any decision on his future at the Ligue 1 title holders.

Brendan Rodgers has made the 23 year old French international his primary transfer target having seemingly failed to lure Sporting Lisbon youngster Tiago Ilori to the Merseyside club, arguably Sakho is a much better fit for the Premier League.

Sakho has publicly stated his happiness at being linked with a prospective move to Liverpool stating;

“I’ll be able to talk with the new coach and see what he thinks,”

“I am flattered by the interest of historic clubs like Liverpool and AC Milan. We will see what happens in the near future.

“I have to make a decision. PSG is my club, I was born here and I learned my football here. I want to play for this club all my life, but it is clear that I do not want to sit on the bench.”

Given that Blanc is likely to look to put his stamp on a PSG squad inherited from Real Madrid bound Carlo Ancelotti it’s entirely plausible that the former French national team coach would look to make new additions to his squad, which would in all likelihood further restrict Sakho’s involvement in first team matters.