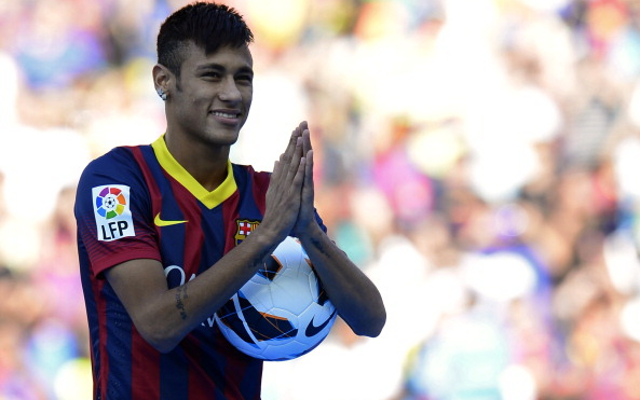 Brazilian star urges Rooney to join him at Barcelona.

Brazilian wonderkid Neymar has urged Manchester United striker Wayne Rooney to join him at the Nou Camp according to The Metro.

The young striker recently joined the La Liga side from Brazilian club Santos and is set to form a mouth-watering partnership alongside Leo Messi.

He helped lead Brazil to Confederations Cup glory last night after a highly impressive performance against Spain and all eyes will be on the youngster to see how he performs when he steps up a level with Barcelona.

Rooney’s career though cannot be said to be on the same upward trajectory as the England striker edges closer and closer to the Old Trafford exit door.

Rooney is reportedly unhappy at his diminished role at the club since the arrival of Robin Van Persie from Arsenal last summer. He was said to have been furious at being dropped to the bench for United’s last sixteen Champions League tie against Real Madrid last season and former United boss Sir Alex Ferguson claimed Rooney had handed in a transfer request at the end of the campaign.

United officials have since denied those reports but that has not stopped Neymar urging Rooney to join him and his new team-mates at Barcelona.

Neymar said: ‘The style of football we [Barcelona] play and the level of the players we have – we are the perfect club for the top players to join.

‘I have met Wayne on a few occasions and he seems a good guy but importantly, he is one of the players I admire most in the world.

‘Wayne is one of the most gifted and technical players in the world.