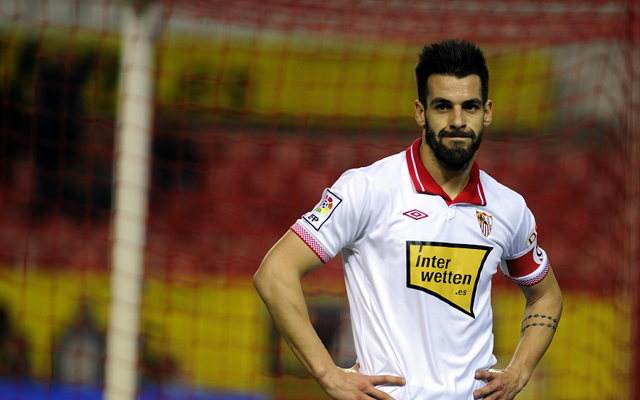 The striker could join up with Jesus Navas at the Etihad, who joined City earlier in the summer.

Manuel Pellegrini is set to begin work at Manchester City this week and will look to make signing striker Alvaro Negredo a priority, the Sunday People report.

Pellegrini has been in the Chilean capital Santiago for the last week and will arrive back in Manchester this week to begin work at his new club.

One of the priorities for Pellegrini is to sign a replacement for striker Carlos Tevez, who moved to Juventus  last week for £10 million.

Pellegrini needs to re-enforce his striking options and will make a move for Sevilla’s Alvaro Negredo, who has a buy-out clause of £18 million.

Negredo has been subject of interest from several Premier League clubs this summer, with West Ham having a £14.5 million bid rejected by Sevilla, with the clubs chairman stating that Negredo will not be sold for less than his buy-out clause.

City certainly have the money to activate Negredo’s buy-out clause but the clubs officials will hope that they can persuade Sevilla to lower their asking price.