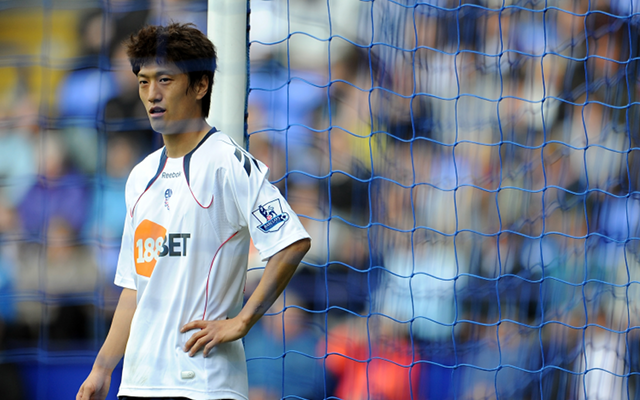 Everton and Sunderland are reportedly preparing bids for Chung-yong Lee of Bolton Wanderers, according to Sky Sports.

The South Korean enjoyed a consistent if unspectacular season with the Trotters after missing much of their relegation season from the Premier League with a broken leg.

New Everton manager Roberto Martinez is thought to be looking at the 24-year-old as he prepares to re-shape and re-build the squad he inherited from David Moyes.

Meanwhile Sunderland gaffer Paolo Di Canio has already made a number of new acquisitions since guiding the club to safety at the end of last season, and is keen on bringing in more new faces to the Stadium of Light.

Liverpool and Stoke City were rumoured to be watching Lee in the January transfer window, but no concrete bids were made for the winger.

Bolton came close to sneaking into the play-off places last season, but having just failed to make the grade question marks have been raised over whether Lee will play another year in the Championship again this season.

Lee has made over 120 appearances for Wanderers since signing from Korean club FC Seoul in 2009, scoring 14 goals in the process.