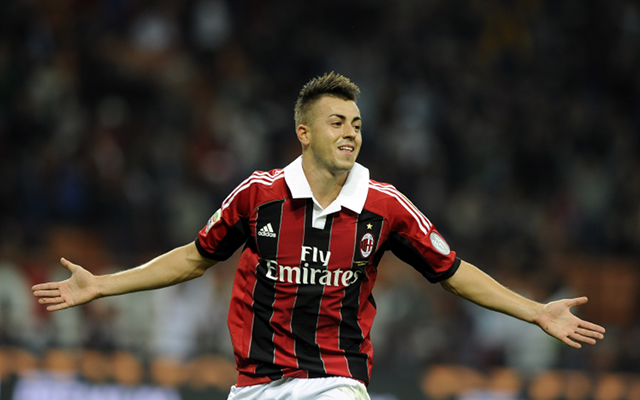 The Blues ready to offer £30 million for Italian striker.

Chelsea are preparing to make a move for AC Milan striker Stephan El Shaaraway according to The Express.

The 20 year old player burst onto the scene last season in blistering form and has become hotly tipped as a star for the future.

Shaaraway could not stop scoring at the start of last season but his goal-scoring form tapered off a bit following the arrival of Mario Balotelli from Manchester City during the January transfer window.

That has prompted speculation that the pair do not get on or, at the very least, cannot play together in the same formation.

That has been repeatedly rejected by all parties but has prompted continued speculation regarding the future of El Shaaraway.

A number of Europe’s top sides have been linked with him signature in recent months including the likes of PSG, Real Madrid and Arsenal.

But it appears that Jose Mourinho and Chelsea may have stolen a march on their rivals as they prepare a big money offer for the young star.

Sources in Italy claim that El Shaaraway could be available for £30 million, which would be substantially less than the £54 million currently being demanded by Napoli for Uruguayan striker Edinson Cavani.