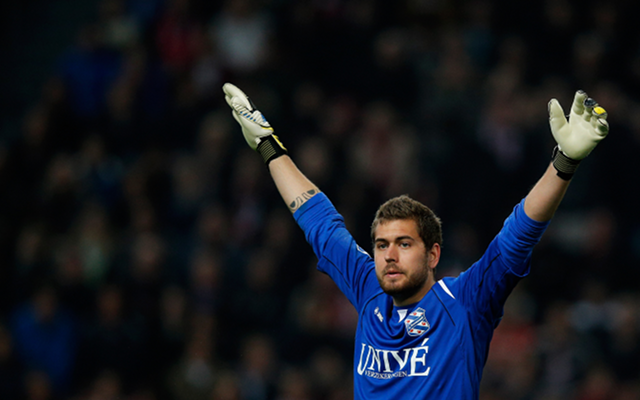 Heerenveen goalkeeper Kristoffer Nordfeldt has welcomed the speculation linking him with a move to England this summer, according to Sky Sports.

Sunderland are reported to be lining him up as a potential replacement for Simon Mignolet who left to join Liverpool earlier this week and boss Paolo Di Canio is hoping to bring him in after impressing for the Eredivise club this season.

However, the 24-year-old’s agent, Oliver Cabrera, has said that he has received no contact from Sunderland just yet, but admits the Swedish shot-stopper would be interested in a move to the Premier League.

“Sunderland have not made any contact with myself regards Kristoffer, but we would seriously consider the possibility of moving to the Premier League,” Cabrera told Sky Sports.

“I would not be surprised if there was interest from Premier League clubs as Kristoffer was one of the best goalkeepers in Holland last season.

“He also wouldn’t cost much as he has a release clause in his contract and England would be his top choice if he leaves Heerenveen.”

Nordfeldt made 40 appearances for Heerenveen last season, keeping six clean sheets. He arrived last summer from Swedish club Brommapojkarna and already looks to be on the fast track to a career at the top level.