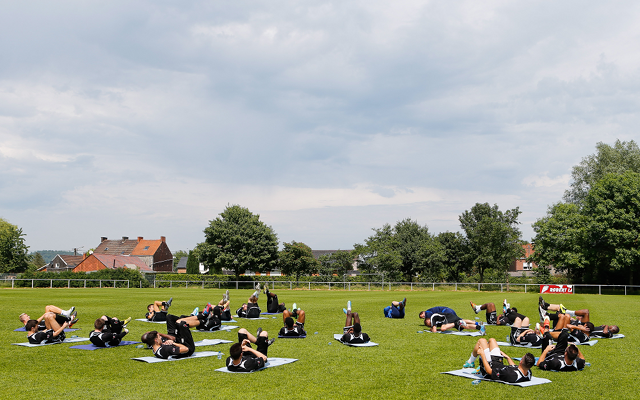 A number of Premier League and top European sides are expressing an interest in 15-year-old Belgian wonderkid Julien Ngoy, according to Sky Sports.

The young star, who is currently unattached to a club but trains with the Brussels Academy, is fast becoming one of the most sought after and highly rated stars in Europe with the likes of Chelsea, Tottenham Hotspur, Chelsea and Manchester City all said to be keen on lining up a deal to being him to England.

However, they aren’t the only ones interested with Real Madrid, Barcelona and Paris Saint Germain all said to be monitoring his situation too after watching him make two impressive performances for the Belgian under-16 side recently.

Blessed with height at 6″, and blistering pace, he is thought to be ready to join one of Europe’s top clubs, though no decision regarding his future has been made yet.

His father has claimed that a move to the Premier League would be his sons preferred choice, but all options are being explored at present.

Brussels academy director Nkandu Ntondo said on Ngoy: “Julien is a big talent, one of the biggest I have seen in my academy.

“No decision has been made as yet (on his future).”