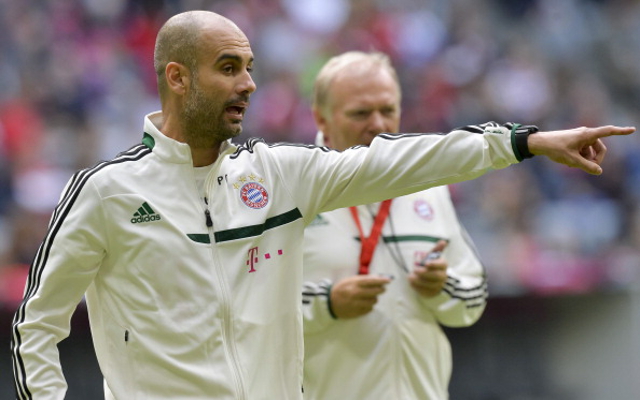 Bayern Munich are set to launch a £35m bid for Chelsea defender David Luiz according to the Daily Mirror.

Pep Guardiola has joined PSG in the chase for the 26 year old Brazilian who has not actively dismissed speculation about a possible Stamford Bridge exit which has led the Bavarian side to believe they could tempt the Blues fan favourite to the Allianz Arena.

Incoming boss Guardiola is looking to partner Luiz with fellow countryman Dante and an offer of this magnitude may wel be considered by Chelsea amid reports that Jose Mourinho is not convinced of the former Benfica man’s ability to perform consistently at the back and could accept a big big in order to help fund his many projected summer transfer moves.

The former Barcelona manager had apparently attempting on a couple of occasions to sign the Brazilian during his time at the Nou Camp but may now feel that he has a decent chance of finally landing the 26 year old who has been strongly linked with a Stamford Bridge exit this summer.

Luiz enjoyed a mixed time of it at the Confederations Cup but did help his side to win the tournament in his native Brazil and enjoyed a fairly successful season with Chelsea, though was noted for his poor positional play whilst frequently making fundamental errors whilst in a centre-back role, though the Blues fan favourite did impress when used in a midfield role which could perhaps be a position that better suits the Chelsea man.

David Luiz cost Chelsea a fee in the region of £22m in January 2011 and the powerful performer has racked up 109 appearances and scored 12 goals since moving to the Premier League side, helping the club to Champions League, FA Cup and Europa League triumphs in the process.