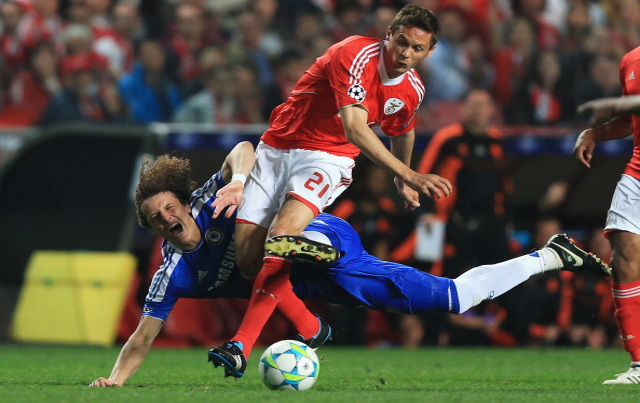 Chelsea boss Jose Mourinho is preparing to go head to head with his former club Real Madrid after it emerged that the Spanish side are ready to make an approach for Benfica midfielder Nemanja Matic according to The Metro.

The Serbian star, who left Chelsea just two seasons ago as part of the deal that brought David Luiz to Stamford Bridge, has excelled at Benfica, attracting the attention of Europe’s top sides.

Mourinho has reportedly made the player one of his top summer targets as he looks to bring in midfielder reinforcements over the coming months.

The Portuguese boss is aware of his side’s need to strengthen in the area with Frank Lampard not getting any younger and John Obi Mikel seemingly on his way out of the club.

But he will be challenged for the player’s services by his former club, Real, who recently appointed another former Chelsea boss, Carlo Ancelotti, as his replacement.

Chelsea are hoping the good relationship the club enjoys with Benfica will give them an edge over their Spanish rivals in the transfer negotiations.

But it is being suggested that Benfica are keen to hold on to the player and will hold out for the full £42 million demanded by the release fee clause in the player’s contract.