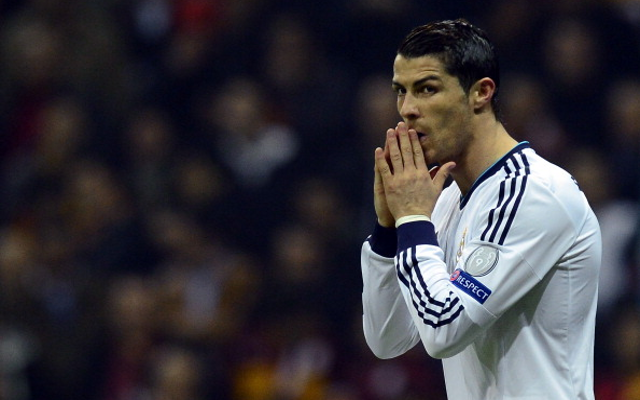 The Real Madrid winger has been linked with a move back to Old Trafford.

Real Madrid winger Cristano Ronaldo has admitted that he misses playing for former club Manchester United amid speculation that the Portuguese star might move back to Old Trafford this summer, Goal.com reports.

Despite his comments about Manchester United, he did also say that he was enjoying playing for Real Madrid and liked his life in Spain.

However, speculation has mounted that Ronaldo could end up back at Manchester United, with the winger yet to sign a new contract at Real Madrid and with his current deal running out in 2015.

Ronaldo’s latest comments will do little to dampen the speculation.

“For me, it was one of the best years in my career when I was there in Manchester United. Everyone knows that it is a club that is still in my heart and I really, really miss”.

“But now my life is in Spain. I am enjoying playing there too”.

Ronaldo signed for Madrid in 2009 for a world record £80 million after spending six excellent years with Manchester United.

The more time that Ronaldo takes to sign a new contract at Madrid, the more the speculation will rise that he will be leaving this summer.

In October, Ronaldo said that he was unhappy at the Spanish giants and clearly enjoyed being back at Old Trafford during Madrid’s Champions league game against Manchester United in March.