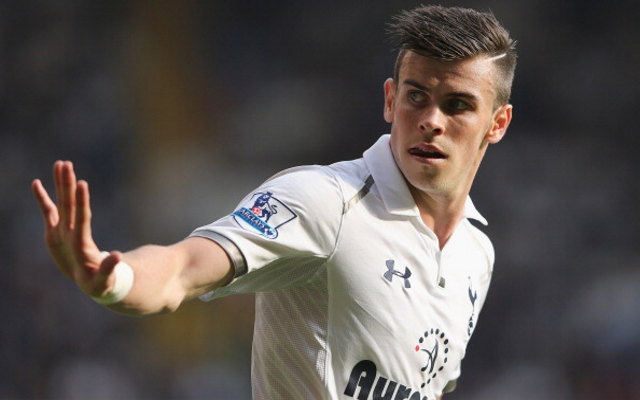 The agent of Tottenham star Gareth Bale has dropped a hint that his client could yet move to Real Madrid according to Goal.com.

Jonathan Barnett represents the Welsh star and went on to insist that it was a matter for the clubs to discuss amongst themselves.

Tottenham are desperate to keep hold of Bale and have offered him a new deal, with wages thought to be in the region of £130,000 a week, in the hopes of persuading him to commit his future to the club.

But Bale is reportedly yearning for Champions League football and Tottenham know they are unlikely to be able to prevent him from leaving for much longer.

Real Madrid remain favourites to sign Bale and have gone on the charm offensive in the hopes of persuading the winger to move to the Spanish capital.

The club’s special advisor, Zinedine Zidane, has been gushing in his praise of Bale in recent months and it now appears that Madrid is Bale’s preferred destination.

Manchester United retain hope of keeping the player in the Premier League though and continue to monitor the situation.

Madrid are confident of landing their man though and have kept the number 11 shirt free in anticipation of Bale’s arrival.