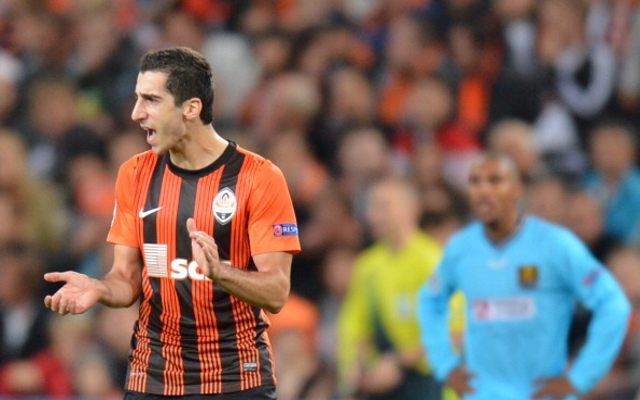 Liverpool have been hit by the news that German side Borussia Dortmund have made a late move for Shakhtar Donetsk midfielder Henrikh Mkhitaryan according to Goal.com.

Liverpool boss Brendan Rodgers had appeared set to make what would have been one of the signings of the summer after it was reported that he was close to securing a £25 million deal for the Armenia captain.

But it now appears that the move is on the rocks after the Bundesliga giants made a late move for the player.

Dortmund have joined Liverpool in activating the Mkhitaryan’s release clause, therefore allowing them to discuss terms with the player.

It appears that they have now turned his head with the player reportedly preferring a move to Signal Iduna Park.

Tottenham are also thought to be keen on Mkhitaryan but are regarded as rank outsiders for his signature.

The White Hart Lane club have been focusing on completing the signing of Brazilian midfielder Paulinho from Corinthians and are likely to enter the race for Mkhitaryan’s services at too late a stage.

It is thought that Mkhitaryan is now set for a move to Dortmund as the player looks to heed his manager’s advice, and move to a club playing Champions League football.