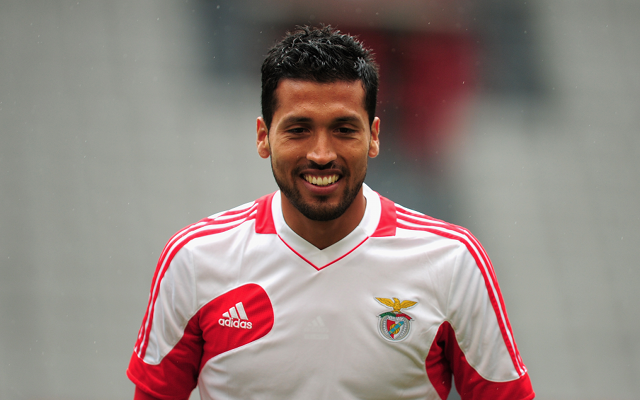 Manchester United target Ezequiel Garay is now close to completing his move to the club after Benfica sign a replacement in the shape of fellow Argentine Lisandro Lopez, Sky Sports reports.

Lopez – not to be confused with the Lyon striker of the same name, has arrived from Argentine club Arsenal and he has largely been tipped to replace the former Real Madrid man.

The 23-year-old comes highly rated and already seems to know that he won’t be lining up next to Garay as David Moyes looks set to finally make his swoop to make the defender one of his first signings of the summer.

“I believe in my own ability and I am ready for everything, even to replace Garay,” said Lopez.

“I spent three wonderful years at Arsenal, I take with me very positive things.

“Now I am going to have the chance to improve my career in a European league, and that is going to give me much more experience and the chance to be recalled to the national team.

“I am just 23 years old and everything has happened very fast to me. I have to be calm and keep my feet on the ground.”