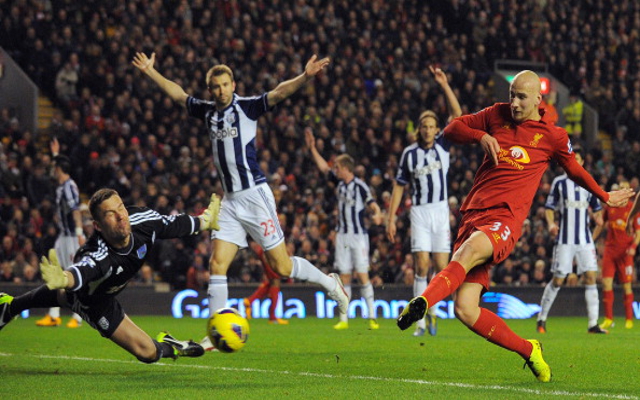 Anfield side agree offer with Liberty Stadium side for England international.

Swansea City have agreed a £6m deal to sign Liverpool youngster Jonjo Shelvey according to the Guardian.

The 21 year old is now set to discuss terms with the South Wales side but is also being tracked by West Ham, Norwich City and Crystal Palace and could opt instead to pursue a move to any of a host of Premier League side seemingly keen on acquiring his services.

Michael Laudrup has already brought in a host of players this summer, including Spanish trio José Cañas, Jordi Amat and Alejandro Pozuelo.

The Dane is also said to be keen on Blackpool youngster Tom Ince and Vitesse Arnhem forward Wilfried Bony.