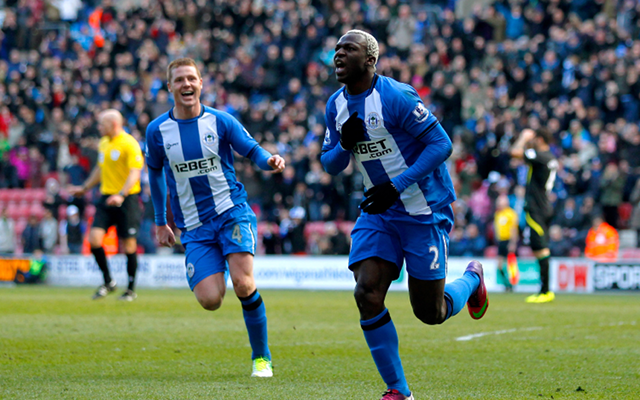 Chairman admits there is interest on striker.

Wigan Athletic chairman Dave Whelan has admitted that there are three clubs all in the running to land the signature of star stiker Arouna Kone, Sky Sports reports.

Though the identity of two of the clubs is unknown, the third, inevitably, is Everton, as former boss Roberto Martinez looks set to raid his old side again just days after adding Paraguayan defender Antolin Alcaraz to his newly inherited squad.

Kone has been tipped to leave the DW Stadium ever since Martinez made his own departure last month and has been linked with a move to the Merseyside club after they hoped to activate the £5 million release clause that is installed in the Ivorian international’s contract.

Everton are said to be putting the final touches on a concrete offer, but Whelan has admitted that they had better get their skates on as two other sides are thought to be competing for his services too.

Whelan said on a possible deal: “Three clubs have made offers for Kone – Everton is one – as he had a clause in his contract that he could go if someone paid £5m.

“I think he will go to Everton.”