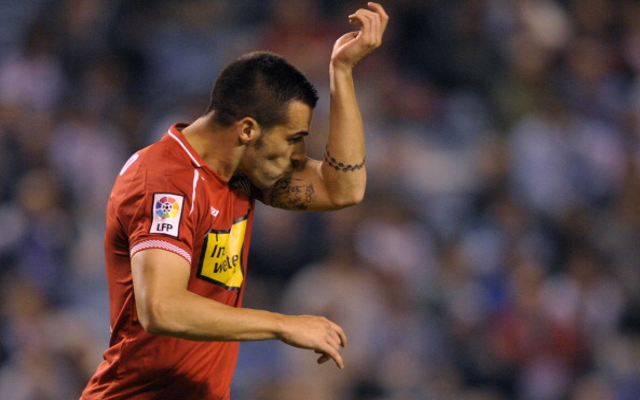 New Man City boss Manuel Pellegrini is said to be keen on signing Sevilla striker Alvaro Negredo according to the BBC.

The Etihad Stadium side have of course already raided the cash-strapped La Liga side this summer, bringing in winger Jesus Navas last month, and apparently see the 27 year old as a replacement for Carlos Tevez, who has of course left Man City for Juventus.

Negredo would presumably jump at the chance of a move to Man City and this source claims a bid of around £24m would be needed to land the former Real Madrid man.

Everton and West Ham are also keen on the Spanish international but are unlikely to be able to offer anywhere near the asking price.

Pellegrini will be keen to strengthen an attack that didn’t quite hit the heights of the club’s title winning season, with Sergio Aguero having a difficult second season in the English top tier, though Edin Dzeko was reliable as ever in his supporting role.

Negredo has scored 85 goals over the course of his four seasons at Sevilla and will be aware that a high profile move to Man City will greatly improve his chances of a more prominent role in Vicente del Bosque’s national team set-up, all the more important given the 2014 World Cup finals are less than a year away.