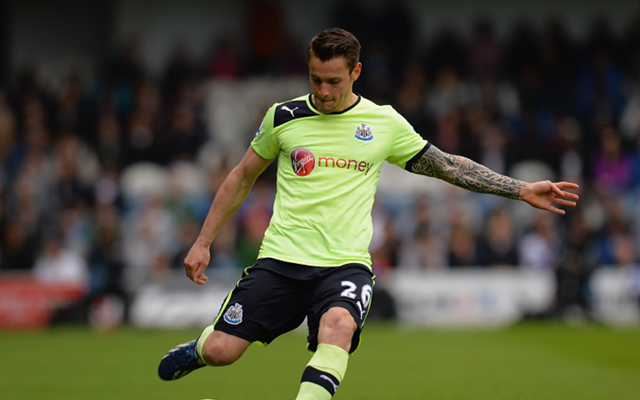 Newcastle United defender Mathieu Debuchy has insisted that he is happy at the club and will not be returning to France this summer, according to Sky Sports.

The French international was just one of five new recruits made by Alan Pardew during the transfer window and made 14 appearances as the club slid dangerously close to the relegation zone in the latter part of the season.

Speculation has linked him with a return to his homeland this summer with the likes of Monaco and Paris Saint Germain reported to be interested in taking him away from St. James’ Park, but the 27-year-old has insisted that he is happy to stay in the northeast of England despite some initial teething problems.

“I don’t know about the rumours saying I have been contacted by Paris or Monaco,” he told The Chronicle.

“I feel good in Newcastle. I want to stay in England. I love the Premier League.

“For me, the Premier League was a big discovery. Everything is much harder than it is in France.

“The game is faster and the teams are better, even the small teams. I also had to learn a new language as I did not speak English.

“It was complicated, but right now it is better. I love England, even if it is different.”