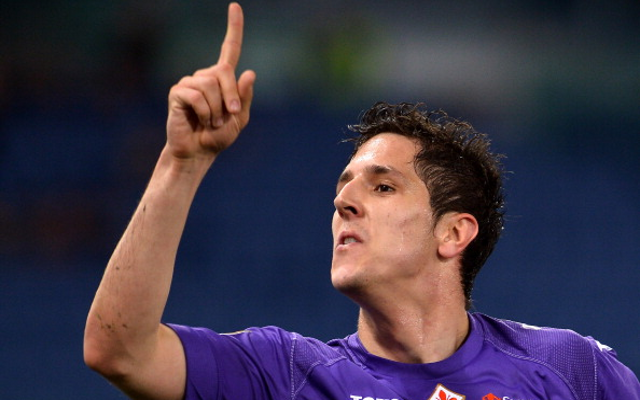 Marotta was able to reveal the club’s second new signing in the space of a week in the shape of Fernando Llorente who was able to finalise his exit from Spanish side Athletic Bilbao to join Carlos Tevez in Turin, however that hasn’t stopped the club from aiming to add the Montenegrin forward to their frontline.

However, he believes that hostility coming from the Tuscan side will put an end to talks between the two for the sought after forward.

“A lot has been said about Jovetic but difficulties in our relationship has made any deal difficult,” he said.

“At the moment I don’t think it will be possible, but a lot could happen between now and the beginning of September.”

But he was more optimistic at landing the signature of defender Angelo Ogbonna from cross city rivals Torino.

“Ogbonna is a target, we’ve never disguised that fact,” he added. “We have a great desire to bring him here and we’re in talks with (Torino president Urbano) Cairo, we’ll see what happens at the end.

“The coach’s preference, and ours, is to have the squad decided before the summer training camp starts, but we know the transfer market is difficult and that bartering has become more and more important.

“Juventus start with the assumption that the squad has been competitive enough to win two league titles in a row. And with Llorente and Tevez we have reinforced further.”