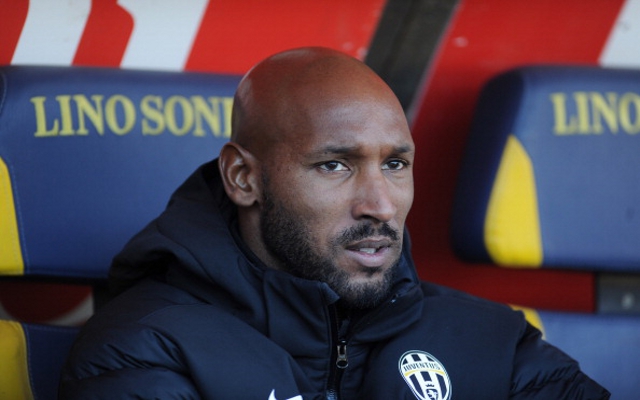 Veteran French striker Nicolas Anelka is undergoing a medical at West Brom ahead of a move to join the Baggies according to Sky Sports.

The 34 year old has worked with Steve Clarke during their shared time together as Chelsea and the experienced forward is keen to get his career back on track after a problematic stint in China and a loan spell at Juventus.

Anelka is set to sign a two year with the club, who will be the player’s sixth Premier League side following spells with Arsenal, Bolton, Man City, Chelsea and Liverpool.

Clarke will be keen to strengthen his attack knowing that he will be unlikely to bring in Romelu Lukaku for a second loan spell and therefore needs to bring in a player who can lead West Brom’s attack with similar gusto.

The Belgian netted 17 Premier League goals last term and is said to be set for a prominent role at Chelsea under returning Blues boss Jose Mourinho.