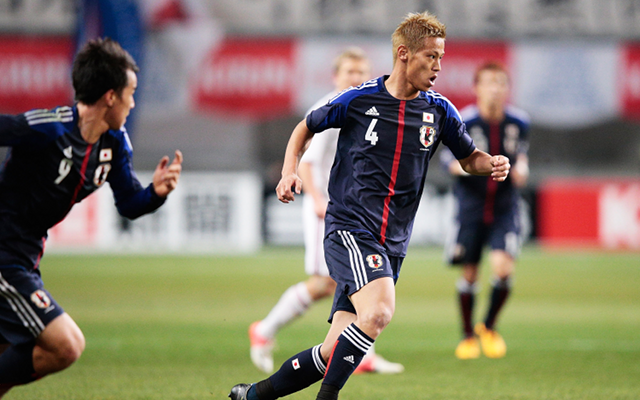 AC Milan’s CEO Adriano Galliani has hinted that the Italian giants could be set to sign CSKA Moscow midfielder Keisuke Honda, according to Goal.com.

Reports in Italy suggested that the Japanese midfielder has agreed to leave CSKA Moscow for AC Milan for around £2.1 million.

The midfielder’s contract expires on January 1st 2014 and it is believed that the player will be available for a cut price move this summer due to the fact that he has refused to side a new contract with the Russian side.

Galliani did say that AC Milan haven’t signed the midfielder but didn’t rule out the possibility in the future with a deal possible later on in the summer.

“At the moment, [Honda] is a CSKA Moscow player,” he told Sky Sports, “but who can predict what will happen in the future.”

Milan are hoping to re-enforce their midfield this summer and a move for Honda would provide the boast that the Italian giants need.

Everton are also rumoured to be interested in the Japanese midfielder, with Roberto Martinez hoping to sign Honda as a replacement for Arsenal bound Maurone Fellaini.

Reports have suggested that Arsenal activated Fellaini’s £22 million buy out clause, meaning they can now discuss personal terms with the player.