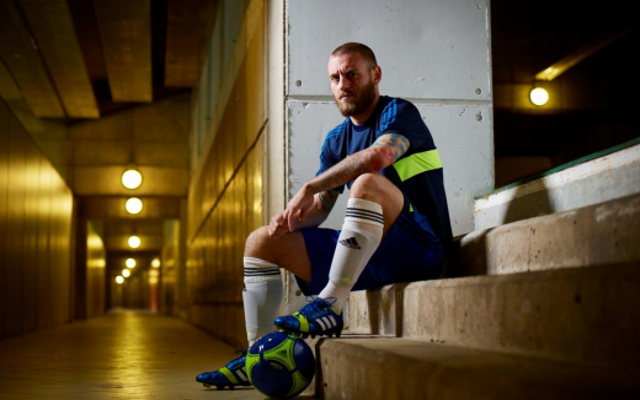 A group of very lucky amateur footballers were handed the opportunity to play a part on the launch of Adidas Football’s nitrocharge boot launch.

Cleverly the pitch they performed on was lit according to the energy produced during the game, i.e. the higher the energy level displayed on the field of play the brighter and more vivid the lighting. Yes, we told you it was clever!

A number of top starts conducted surprise scouting sessions around the world to find players to take part in this interesting ground breaking promotion with the likes of Daniele De Rossi, Patrick Vieira & Jamie Carragher surprising footballers from their respective nations.

Each ‘Engine Scout’ had to search for talents who exemplified the qualities that best characterise ‘The Engine’ player with attributes like work rate and pitch coverage being key.